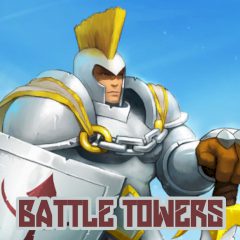 Are you ready to prevent the catastrophe? The peace between orcs and humans ended the moment when orcs tried to attack your castle. This war will show them who is the real master of these lands...

The war between orcs and humans has just began. The peace that between these two races is now gone and probably won't ever return. From now on there will be only one winner, so make sure that the human race has everything to make it happen. Build various towers on the way to your core structures and don't let your enemy pass through the defence.