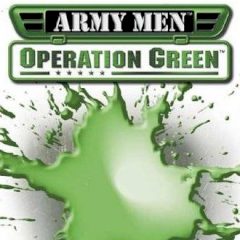 Witness the conflict of plastic soldiers of different colors. They fight against each other using the weapons, that humans do, but their methods differ from ours. Eliminate all hostile units, or be killed by the enemy bullet.

The troop of green soldiers has landed at the beach, but the ambush was unexpected. All your mates are dead and there is no way you could survive, unless you pull yourself together and fight. Eliminate the troop that have spotted you and proceed further to the depth of the island. Use grenades and machine-guns wisely and explore the island.