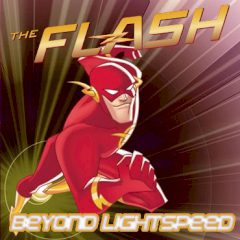 The Flash Beyond Lightspeed

Flash is chasing the Mirror Master and he has to thwart his evil plans. Don't let him to rob the Central City Bank, but dodge his traps while you run after. Collect various bonuses to increase your energy or speed.

The Mirror Master is tricky and filthy, but Flash won't let him to fulfill his evil plans. Flash knows where he is heading to and won't let him to rob the Central City Bank. This tunnel is weird, but it leads to the Mirror Master and you should pass this through. Run at the maximum speed to get closer to him, but avoid his mirror traps or you will lose your energy.

Games Similar The Flash Beyond Lightspeed