Zuzu the Elf & the Box of Banishment 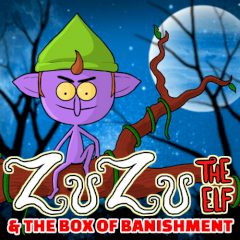 Zuzu the Elf & the Box of Banishment

It's time to help the little Elves to escape the terrible monsters. They lived happily and one day, something wrong has happened. Be attentive and try to avoid all obstacles. Bring the happiness to little creatures. Enjoy the game!

Here you will be moved to the world of elves. For centuries elves have co-exicted with all manner of magical being in the lands of foot in perfect harmony. This is was thanks to an intricate spell cast by the ancient High Elves of the North. Creating a series of trans dimensional barriers, effectively separating good from evil order from chaos light from dark. The power to open the barriers was locked inside the box. Knowledge of the location of this chest was thought to have died along with the ancient who hid it. The elven world has been thrown into imbalance and destruction is already spreading in the borderlands. Have much fun here!

Games Similar Zuzu the Elf & the Box of Banishment

Play Wake up the Box 5

Wake up the Box 5

The boxes are back! Draw shapes and let gravity take it's course in order to wake up each level's box....

Play Wake up the Box 4

Wake up the Box 4

Your old friend, the sleepy box is back! You have to wake him up again! This time you can draw different figures that will awake...

Play Jump out the Box

Jump out the Box

Try to help these insects to move out from the box. You will do it! Just try to use all the tips and some other objects. Have fu...

Play We Bare Bears Out of the Box

We Bare Bears Out of the Box

This is a puzzle where you have to cut the different figures of the cardboard box. The number of cuts is limited and in each lev...

Play Wake up the Box 3

Wake up the Box 3

The lazy box is back! He can sleep everywhere and at any time. Your task is to wake him up, it is not so easy though! Attach giv...

Another amazing Flash game. Here you must cut a paper box as preciously as you can to get different figures and earn as much poi...

Here you are going to cut different shapes and improve all your skills. Do you think that it is so easy? Hm... then just do it!...