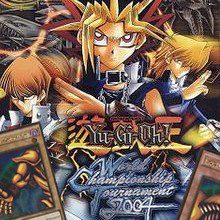 Nobody knows Yugi's secret and people are still trying to beat him at Duel Monsters. However, Yugi should not relax if he wants to be the champion this year! Get prepared for the Duel Monsters Championship of 2004!

Yugi is the current and unbeatable champion of Duel Monsters, however, every skilled player comes with new tactics and play style. You should be ready for everything and don't give a single chance to ones that will try to claim your title! Get ready for the World Championship Tournament 2004 and prove other participants that you are the true champion!

Help Yugi to beat all enemies of the Battle City using the best deck of cards....

Help our champion to win the ultimate tournament of 2006!...