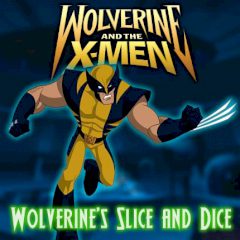 Wolverine often deal with dangerous enemies and he should maintain his physical form. Help him to practice some important skills and hit the pictures of his villains and avoid those where your friends and allies are displayed.

Wolverine is a mutant who always fights first. He is the main force of X-Men and always will be. However, he should practice a lot to maintain his combat skills. In this training he is going to hit the pictures of his villains with his deadly claws, but he also has to avoid the pictures of his friends. Each level the pictures will drop faster so you need to react immediately to hit them.