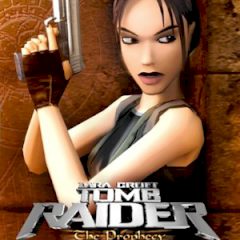 As usual, Lara has found something interesting, but not less important. The prophecy written in the Tome of Ezekiel tells about three stones, that were used by different rulers to rule to world. Get them all before one evil cult does!

Lara Croft has done many good and important things, but her adventure is not over yet. The ancient Tome of Ezekiel tells about three stones, that were used by several rulers around the world. Such terrible power should not be used by hostile hands, so you need to find them first. However, one evil cult knows the same thing as you...