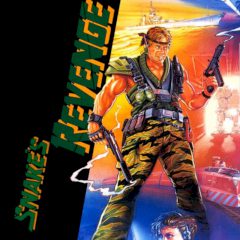 The secret blueprints of the Metal Gear have been stolen, so Lt. Solid Snake has a new mission now. He should destroy Metal Gear by entering the enemy base with two of his teammates. What will he do to achieve that?

There is nothing, that could be more important in the modern world, then the information about Metal Gear. Somehow, the blueprints of Metal Gear were stolen by one east nation, so the world now is in great danger. What would our government do, if they had no one like Lt. Snake? Don't even think about it! Don't let them use those blueprints and stop the enemy!