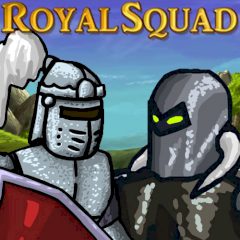 It was really hard time, you have just read it in books. But they are all here! All these terrible creatures like zombies, vampires and many others! So, the main thing is to kill them all and defend your territory. Use all tips and win the game.

Sink into the real war and kill all the enemies here. Two weeks after the second war outbreak, the squad was ordered to go to the Coyote Island. Sever storms delayed them for a week and they were late. Dark lord has landed on the island with a legion of undead, zombies, skeletons, mages, vampires, witches and other nightmare creatures that existed before only in fairytale. Strategically choose and position your squad members in this new defense game! Utilizing each of their unique skills and face armies of undead soldiers! Upgrade arrows, traps, swords, spells and more to achieve victory! Have fun!