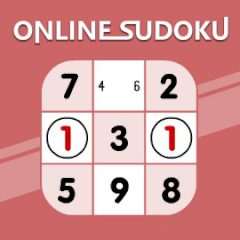 The puzzle with numbers has reached a new level. Now every day new combinations appear in this free online game. You thought that the Latin square of the ninth order would not surprise you? Wow, yes! Come every day, play and win! Is important only time for which you decide Sudoku. Skilful and quick to lead the world ranking. Win all of them!

Sudoku is not a traditional Japanese game. Despite this name, this game is a well-known mathematical puzzle. Logic of this game is simple. We take n × n squares filled with n digits from the set M so that in each row and each column each digit from the set M occurs only once. Sudoku has a field of 9x9 with tips. But our free game is cool because it is updated daily. Year-round you can play with new levels, ahead of competitors and win them with own logical skills. Do not sharpen a pencil to play this Sudoku, it's enough to be online once a day, register or not and win.