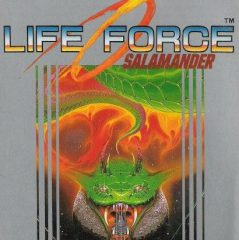 This realm is a true nightmare! You see things, that you would never guess about their existence. There are alien ships that drop bonuses and the area is full with tentacles and moving edges. Can you survive and kill the one who is after this?

Have you ever thought about the alien invasion? For some people it was only a joke, but you knew that someday it will happen. This day had come and now you need to defend your planet, but your weapons are too old and inefficient comparing to what enemy possesses. Despite the fact that you have only your old fighter there is still a hope!