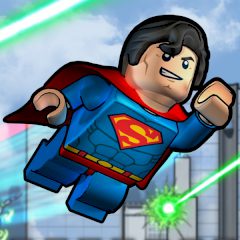 Play Ninjago Competition of the Elements

Ninjago Competition of the Elements