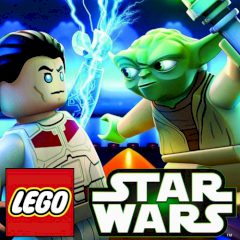 If you are a lover of games with a lot of adrenaline and action, then this challenge is made for you. This is as amazing and full of emotions and you'll have many occasions to show your best skills and, of course, what you are able to do. Join the epic battle in open cpace and win.

Put your skills of pilot and fight to become the best pilot. Fight against a dangerous opponents in in a battle for life or death action game. Choose your character and side and fight with him aboard spacecraft through the different levels. Game is set in the animated television series of the same name. The first game begins by selecting or creating side. After choosing, the display has a slot selection to choose cheaters have unlocked or unlock cheats. At the bottom there are 2 buttons. Then fight. Prove you're the best fighter pilot in the galaxy in this action game. Show your main skills. Dare to play this challenging mission. Concentrate all your energy and get show your brave side and start a fight in this wonderful challenge face.

Jack is a good sheriff who needs a vacation....