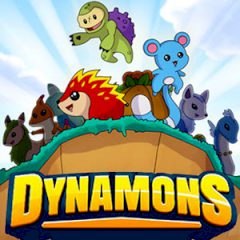 Train your Dynamons and have fun winning the battles....