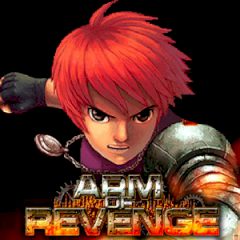 Your childhood was not as happy as you wanted it to. Your father was a scientist and he was assaulted by the gang who demanded to reveal the secret technology. Years have passed by you wish nothing but revenge...

At young age kids often spend time with their parents and play with their fellows at the playgrounds. This kid wanted this so much, but the reality appeared to be completely different. He had lost his father and after this evil bandits used crystal to see what will happen to him. Now his hand consists of iron with enormous energy within and the only thing he wish is the payback.